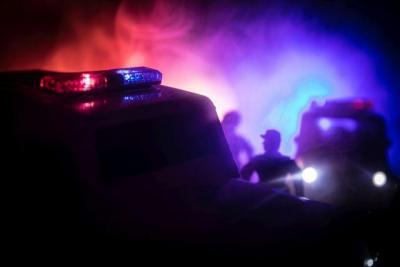 In Syracuse, New York, like elsewhere, the police are sworn to serve and protect the people. While there has been some negative press about some problem officers across the nation, there are many police officers that do their best to help the public.

When a claim is made with an insurance company following a car crash, it is based upon a claim of negligence in a majority of cases. To prove negligence there has to be proof of the following four elements:

This can be found in the Model Jury Instructions for the Commonwealth of New York, in many cases heard and decided by the Supreme Judicial Court (SJC), which is the highest court in our state not including federal courts such as the U.S. District Court for the District of New York.

When pursuing a Syracuse personal injury claim, the first element that has to be established is that the defendant took care to prevent foreseeable harm to foreseeable persons and property. Anyone who operates a motor vehicle is required to drive safely and responsibly to prevent injury to motorists, bicyclists, and pedestrians. The next element to be established in breach of one’s duty. This is done by showing the defendant violated a traffic law that was put in place to prevent harm. When we talk about motor vehicle accidents, we are referring to someone’s fault and not just an accident in the conventional use of the term. If something isn’t anyone’s fault, then you can’t hold the defendant civilly responsible in a court of law.

When a car accident occurs with a police officer driving their official vehicle there is the chance the accident was the fault of one or more officers. This means there will most likely be a case brought against the city of Syracuse. While the Syracuse police is an agency of the city, it is not necessarily a jural entity in that it is considered a political subdivision of the government. In the case of police, they are needed to prevent crimes from occurring, to investigate and solve crimes that have already occurred, and to act as first responders in the event of an accident or other situation, which results in serious personal injury to one or more persons. All of these functions are known as sovereign functions because they are required and being done for the benefit of the public according to the law.

If you have been in an automobile accident with the police, give our office at McMahon & Kublick, PC a call. We would be happy to look over your case and assist you through the details of assessing who is at fault. From that point, we can build your case.