NY Workers Compensation: How Much is My Case Worth?

How Much Is My Workers’ Compensation Case Worth?

A frustrated worker in Syracuse called our office recently. A couple of years ago he was injured while on the job, and his case was close to being completed. His frustration came from his lawyer who wouldn’t give him any idea what amount he would receive for his settlement. He came to us hoping to get some insight. 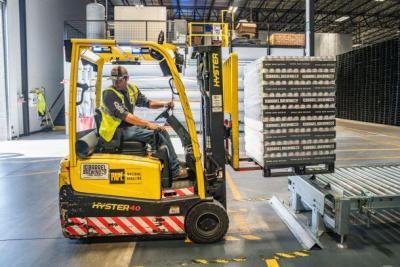 Firstly, let’s be clear: no attorney should tell you what your New York Workers Compensation case is worth right after your injury. When have completed your treatment, they should give you some range of what your case could possibly be worth. The fact that this gentleman’s attorney wouldn’t give him that was for me a red flag.

This particular gentleman had a leg injury with four surgeries. He also developed back issues because he was favoring his injured leg too much. The medical bills for his leg had been paid but his medical bills for his back injury had not been paid. He wasn’t going to be able to return to his old job, but he wasn’t planning on working much more anyway.

Without seeing his medical records including those from the IME doctor that the insurance company doctor hired, but knowing his wages I can only guess what the case could be worth. Based on our talk, it appeared that the range of possible compensation in his particular case could be anywhere from $70,000 to $300,000. As you can see this is a really wide range but that is because it could be argued that this worker is permanently disabled which would make the case worth more.

Unfortunately, this gentlemen’s case isn’t going to get anywhere near $300,000 without a lot of work. Sadly, some law firms will tell you to settle simply so they don’t have to do anything special to get what you should be getting.

At this point, you are probably asking yourself, “how do I know if I have a fighter for a lawyer?” Only about 5% of New York worker’s compensation cases ever go to trial. That is mainly because the law favors the employee and some attorneys are “less than aggressive” in terms of how they handle a worker’s comp case. So try this: before you hire a lawyer, ask them how many workers compensation trials they have done over the last 12 months. While there is no correct answer, if they say zero then that is a bad sign.

If a case warrant’s going to trial then it should go to trial. If going to trial would benefit you, then your lawyer should take it to trial. The bottom line is you should always be thinking, “do I have a fighter in my corner?” If you don’t, then you may want to consider a different law firm.

If you are concerned about your workers’ compensation benefits, and if you are looking for legal guidance and support, our Syracuse, New York Workers’ Compensation Attorneys are ready to help you. McMahon Kublick, PC is proud to represent injured workers throughout New York State. Please call (315) 424-1105 to schedule a free virtual consultation from the privacy of your own home.