CRICO Strategies, a division of the Risk Management Foundation of the Harvard Medical Institutions released a report that looked into the medical malpractice cases. 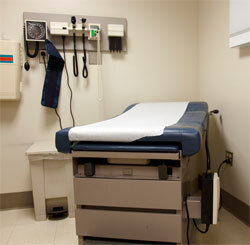 These cases are of diagnostic errors specifically. CRICO maintains a database with information of more than 300,000 malpractice cases that include open and closed cases. In their study the analyzed over 23,000 malpractice cases filed between 2008 and 2012 to see what kinds of medical errors led to the lawsuits. Over twenty percent of them were brought on by patients who alleged failure to properly diagnose their illness.

Most physicians that were involved in making a diagnostic errors in the ambulatory care context were family physicians and doctors of internal medicine and not surgeons or radiologists as many would have believed.

The top three missed diagnoses that appear in the study are cancer, heart disease and orthopedic injuries. When looking into missed cancers category they most common type missed was breast cancer. Over 17% of the cancer misdiagnoses in the CRICO malpractice study involved breast cancer, while the second type misdiagnosed cancer was lung cancer.

Medical Malpractice study death rates. One of the most alarming finding in the study was the average age of patients who died after an ambulatory misdiagnosis. The average age was 52 years old.

Generally speaking, most medical malpractice cases get settled out of court. In the ambulatory misdiagnosis cases in the CRICO study, over 35% resulted in a payment to the plaintiff and 4% of the settlements were in excess of $1 million; the average payment was $442,000.